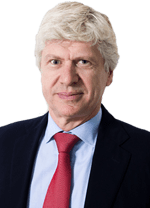 
After graduating from the Institute of Political Sciences of Paris, Arnaud Vaissié began his business career as a Financial Executive in France, then moved to San Francisco as Head of Compass Inc for America.

In 1985, alongside Dr. Pascal Rey-Herme, Arnaud Vaissié founded International SOS in Singapore. Due to its path-breaking work, International SOS has achieved fast and consistent growth, expanding first throughout Asia, in the United States and finally in Europe.

Present in 92 countries, the group currently operates with 11,000 employees, including 1,400 doctors and 200 security specialists. For the past 30 years, International SOS has provided global services that include assessing medical and security risks, advising on preventive programmes with in-country expertise and assisting with emergency response for travellers, expatriates and their dependants.

International SOS has over 10,000 corporate clients, including 61% of the Fortune 500 companies, as well as Governments and NGOs.

He co-founded the Cercle d'outre-Manche (CoM), a think tank gathering key French leaders of international groups operating in the United Kingdom. Its purpose is to look at competitive issues in both countries and to highlight their very best practices.

He is also President of the Collège français bilingue de Londres.

Arnaud Vaissié is chevalier de la Légion d'honneur and officier de l’ordre national du Mérite. In 2009, he was honoured as Ernst & Young Entrepreneur of the Year from Singapore. 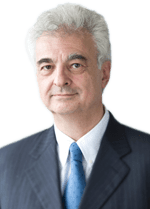 Dr. Rey-Herme received medical training at the University of Paris Medical School and obtained emergency training when he was working for the SAMU (Service d'Aide Médicale d'Urgence) in France in the late 1970s. The SAMU is the largest pre-hospital care organisation in Europe responsible for transporting patients with a medical team.

Prior to co-founding International SOS, Dr. Rey-Herme was medical attaché with the French Embassy in Indonesia, responsible for the medical care of the embassy staff.  During his tenure, he performed a consulting role advising French expatriates and companies on health issues.

Dr. Rey-Herme has vast experience and expertise in numerous medical fields such as aeromedicine, and the provision of medical services and logistical planning in remote locations, particularly in Africa and Asia. At International SOS, he is responsible for the organisation and supervision of all of the company's medical activities and staff.

video on the telegraph

Discover how our expertise and global reach enables us to protect our clients and their employees, 24/7/365.  Read more here.