In Summers of 2014 and 2016, Brazil will play host to two major international sporting events. While anticipated to be huge successes, health and safety issues will need to be addressed to ensure that, for the tens of thousands of visitors pouring into the country, these events are remembered for the right reasons. Following a series of protests in Brazil in 2013, plus high levels of crime and increasing risk of disease, International SOS is working to ensure its clients take every necessary precaution.

In recent years, Brazil has experienced rapid economic growth based on agricultural production, manufacturing and strong global exports. As one of the select group of developing countries known as the BRIC (Brazil, Russia, India and China) nations, Brazil has distinguished itself from other emerging markets and is now the world’s sixth largest economy by GDP. In size, it covers more than 3.2 million square miles and is home to nearly 194 million people. It is a popular place, too; last year alone, Brazil received 525,000 international travellers and is the tenth most sought-after expatriate destination in the world.

Yet despite its impressive economic development, Brazil is riven by social divisions and unrest caused largely by unequal distribution of wealth. Indeed, an emergent and prosperous middleclass has served to underscore the poverty experienced by large sections of the population. In late 2012 a wave of protests erupted across the country, triggered by public transport price hikes at a time when other services were suffering from underinvestment.

These protests continued into 2013, culminating in riots around the FIFA Confederations Cup. And while Brazil is not deemed ‘high-risk’ from a security perspective, carjacking, street robbery and other forms of opportunistic crime have become widespread.

With Brazil set to host the 2014 FIFA World Cup and the 2016 Summer Olympics, these security concerns have been compounded by the recent spread of tropical diseases, such as dengue fever, to built-up urban areas. No longer confined to suburban or rural locations, dengue fever (which is a seasonal disease) will be of particular concern in the northeast of the country during the World Cup.

Other diseases, such as rabies and yellow fever, are endemic; malaria remains a major problem in rural areas, and there is little reassurance to be found in the country’s complex and under-resourced public health system. Which is why, as the media, fans, business travellers and VIPs prepare to descend on Brazil, International SOS and its partner agencies are putting plans and people in place.

“Local presence is everything in these situations”, says Dr Ivan Drummond, CEO of International Health Care (IHC), a joint venture with International SOS based in Brazil that provides health, advisory and offshore health services. “International SOS has been operating in Brazil for a long time; and now, through IHC, we have a strong local presence and capabilities here and can deal with any medical – or security situation.”

This ‘boots-on-the-ground approach’ is a hallmark of the International SOS/IHC joint venture, which integrates the two organisations’ networks to cover Brazil.
“Through this integrated partnership,” explains Dr Drummond, “we have an established medical and security presence all across Brazil. We can also call on our International SOS Assistance Centre in Philadelphia for additional external support when required. It’s a tried-and-tested method that yields excellent results.”
Such services are critical in Brazil, where travellers often underestimate the sheer size, scope and complexity of the country. For example, visitors are often surprised to find that a city like Fortaleza, the state capital of Ceará in the northeast, is in fact a four-hour flight from Rio de Janeiro. And with some of the World Cup games being played in the heart of the Amazon rainforest, people need to take these distances and locations into account:

“It is very remote up there”, says Dr Robert Quigley, Professor of Surgery and Regional Medical Director and Vice President of Medical Assistance, Americas Region. “And the logistics of transport and medical access need to be thought through well in advance.  And that’s where International SOS and IHC come in. We have plans, networks and accredited providers in place to ensure that, if you fall ill in the middle of nowhere, we can help you get the care you need.”

Above all, however, International SOS/IHC recommend pre-travel preparation and information as the best means of avoiding medical complications in such environments. “If travellers are on medication”, says Dr Quigley, “they should ensure they have extra supplies. They should also take all necessary vaccinations – e.g. yellow fever – and have plenty of malaria prophylaxis on them, because the government doesn’t issue it. And if you want to avoid rabies, stay away from animals, especially cats, dogs and monkeys. These simple behaviours can really make a difference when it comes to staying safe and well.”

On the security side, Debora Rocha, Regional Security Manager in Brazil for a joint venture between International SOS and Control Risks, describes Brazil as a “medium-risk country with areas of high risk”. Which means travellers need to be vigilant at all times:

“It might sound obvious, but people should remember to be inconspicuous when out and about in Brazil. You’d be amazed how many people need reminding not to wear a Rolex watch on the beach, or not to parade their iPhone in public.”

In a country where mobile phones, laptops, jewellery and gadgets remain unaffordable to most, expatriates and travellers are urged to be discrete with their possessions. “The three golden rules”, says Debora, “are as follows: 1) be prepared and research the area; 2) be aware of your surroundings; and 3) keep a low profile. People should also only organise car travel through us or other respected agents, and never leave their drinks unattended, as spiking is common.”

In addition to emergency support via the International SOS Assistance Centres, International SOS and Control Risks provide a range of travel safety information and guidance via their websites and dedicated mobile apps. Such information will prove critical in the run-up to the 2014 World Cup, as Dr Quigley explains: “Situations will be fluid during the World Cup, so people should check the websites for updates and alerts. We’ve learned a lot from the riots at the Confederations Cup; there, we saw protests being organised through social media, and we’ll be monitoring Twitter and other channels to keep ahead of the crowds. We’ll also have our accredited private hospitals and ambulances on standby should any of our clients require urgent attention.”

Through local presence and networks, emergency response systems and pre-travel information and advice, International SOS, IHC and Control Risks are helping to ensure that clients going to Brazil can enjoy the success and spectacle of the 2014 FIFA World Cup and 2016 Summer Olympics – as Dr Drummond concludes: “With the support and preparation we provide, our clients can relax and experience these great sporting events. Wherever they are in Brazil, we’ve got it covered.” 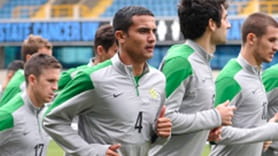